BAKAI BANK OJSC is a universal commercial bank,
created in the form of an open joint-stock company.

Bakai Bank has been providing banking services to individuals, small and medium-sized businesses and corporate clients since December 28, 1998. Bakai is a bank with fully Kyrgyz capital, i.e. all of its shareholders are citizens of Kyrgyzstan. The Bank is among the largest financial institutions in the Kyrgyz market and is one of the top three banks in terms of authorized capital.

Mission
Our mission is to be a good friend to our client, to be more than just a partner.

Vision
Our vision is a universal and dynamically developing bank.

In 2004, the bank joined the Interbank Processing Center which allowed the bank to issue its national Elcard cards. In 2006, Bakai Bank moved to another building which met all quality requirements, spacious operation halls, availability of separate waiting areas, separate cash desks. In 2008, the bank joined Visa International, since then the bank has been actively promoting banking services on plastic cards. In 2010, Bakai Bank introduced a system of microcrediting, which helped expand the range of clients amongst small and medium-sized businesses. In 2011, the bank was renamed to Bakai Bank and changed its logo, brand and legal name. 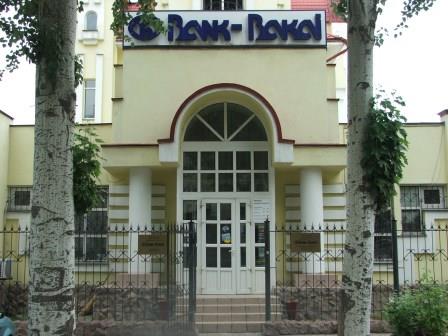 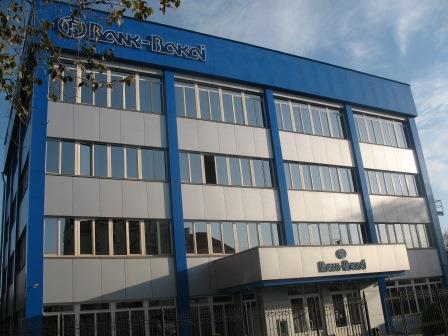 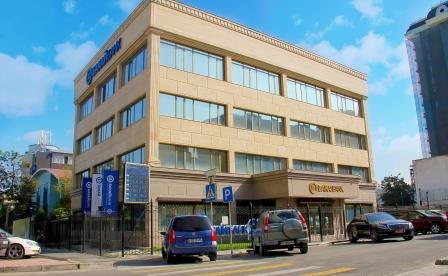 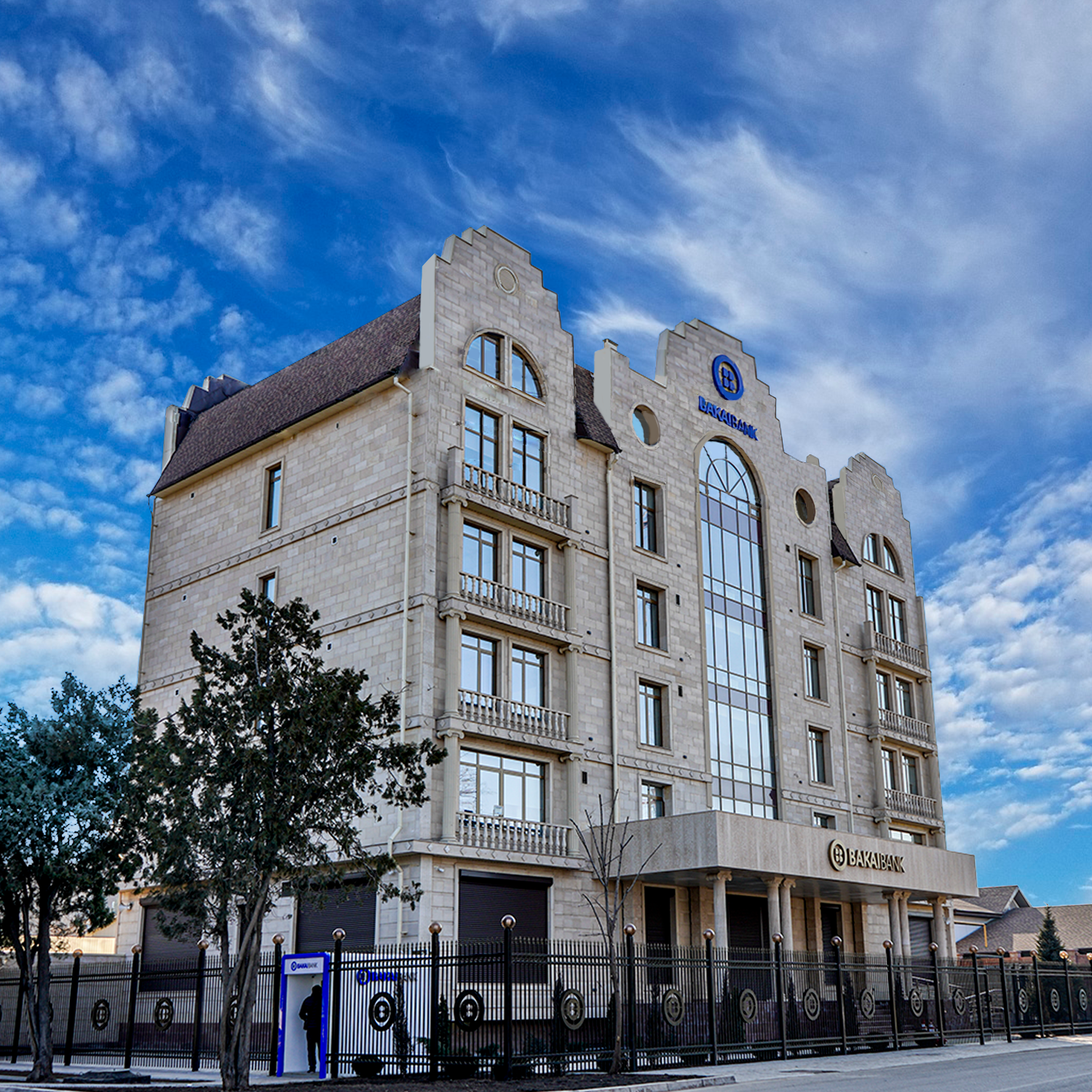 For three consecutive years Bakai Bank was recognized as the Best Bank of Kyrgyzstan following the results of its financial activity for 2002-2004. According to the results of financial activity in 2005 and 2006, it took an honorary 3rd place. And in 2012 it was ranked number one in one of the nominations at the Festival of Advertising, Marketing and PR held in Kyrgyzstan. In 2018 Bakai Bank was recognized as the best bank according to the readers of Tazabek business edition in the nomination "Internet Choice". Over the years of its operation Bakai Bank has gained a large number of regular customers who note the dynamic development, high service and compliance with modern banking quality standards.

A significant achievement in 2018 was the opening of the Islamic Finance Center of Bakai Bank. The Bank became the first traditional financial institution that also received a license to operate on Islamic principles. Moreover, Bakai Bank was the first in the CIS and became the leader of this promising area in the entire post-Soviet space. The Islamic Financial Center of Bakai Bank offers full range of financial services on Islamic principles of banking. The center operates in accordance with international standards of Shariah. This means that such notion as usury is completely excluded. As a result the products of the Islamic Finance Center of Bakai Bank became more favorable for clients. It is also important to note that anyone can use the services of the center, regardless of religion.

Reorganization took place in the form of a merger, which means termination of activities of the merging bank CJSC "BTA Bank" with transfer of its rights (assets) and obligations (liabilities) in accordance with the transfer act to the merging bank - OJSC "Bakai Bank".

Clients of both banks became clients of Bakai Bank. All previously concluded contracts continue to be valid until their expiration date. Cards, accounts, deposits and other products and services that customers of "BTA Bank" received, they all continued to receive on the same conditions after the completion of reorganization. 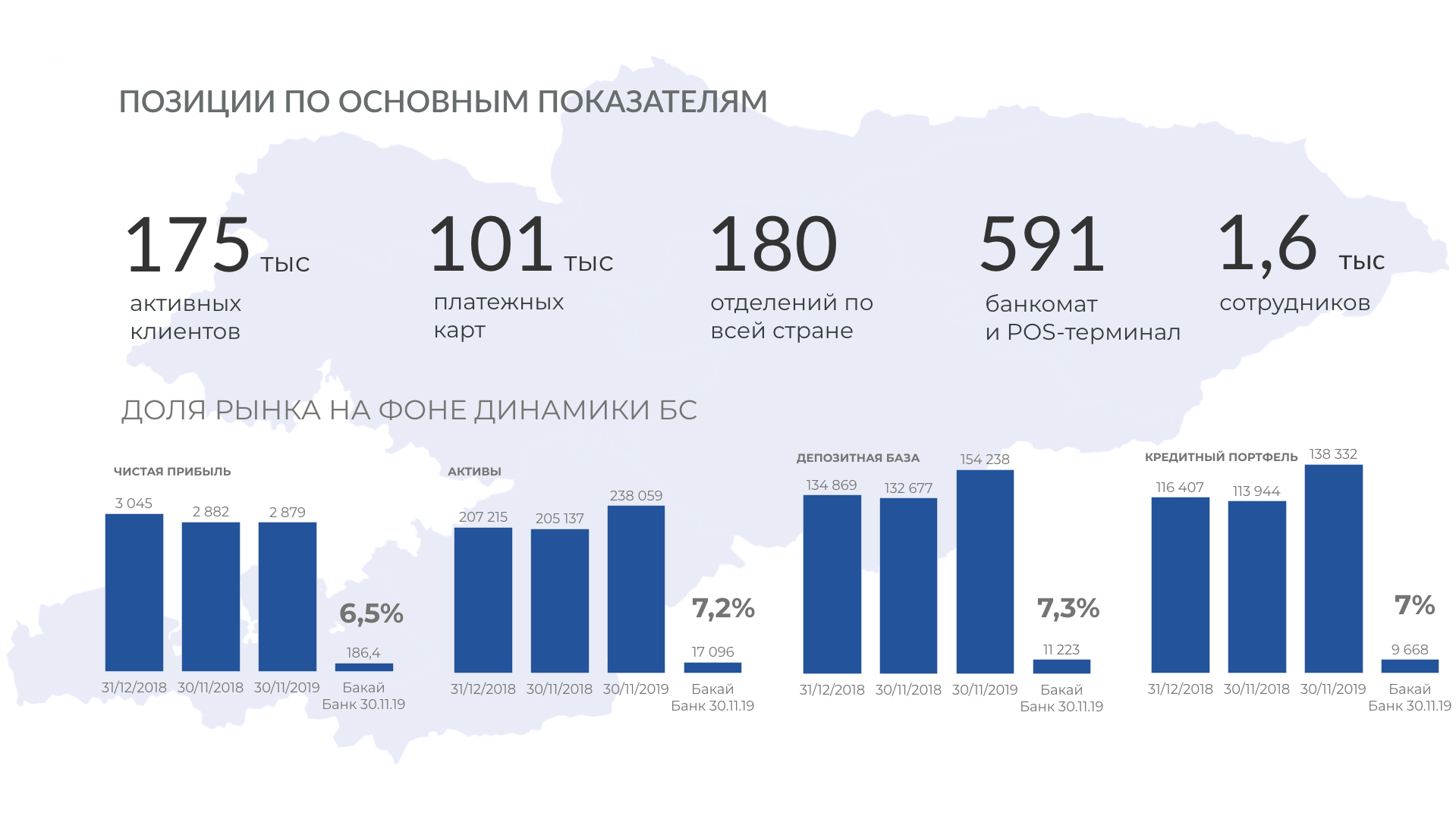 International credit rating is the only such in Kyrgyzstan

Moody's International credit rating is one of the world's largest rating agencies, is an assessment of a bank's creditworthiness and reliability for depositors and other creditors. The procedure of credit rating was a strategic decision and one of the steps of the bank on the way to bring its business to world standards. The received rating of B3 is the highest grade that a commercial bank in Kyrgyzstan can count on whereas its country rating is B2.

VISA certificate as a recognition of merits

Based on the year-end results Bakai Bank received a certificate of VISA payment system as a proof of deep partnership. This is the first such award the bank has received during the period of cooperation with the payment system. The year 2020 was marked by a number of important joint projects, including the introduction of the 3D Secure payment technology.

The bank issues VISA Classic, VISA Gold and VISA Infinite. Development of premium cards is one of the top priorities for Bakai Bank in 2021.

Operations with precious metal bullions issued not only by the NBKR

By the decision of the Board of the National Bank of the Kyrgyz Republic dated November 18, 2020, Bakai Bank was given the right to carry out operations with precious metals in the form of refined standard and measured bullions of other issuers and coins from the bank silver, gold and platinum of high proof in the cash form. Previously, the bank could only conduct operations with cash precious metals issued by the NBKR.

We understand that the future of the country is not only a strong economy, but also to a large extent, the physical health of the people of the country. Therefore, Bakai Bank has decided to support the National Olympic Committee and today it is presented as an official partner bank. 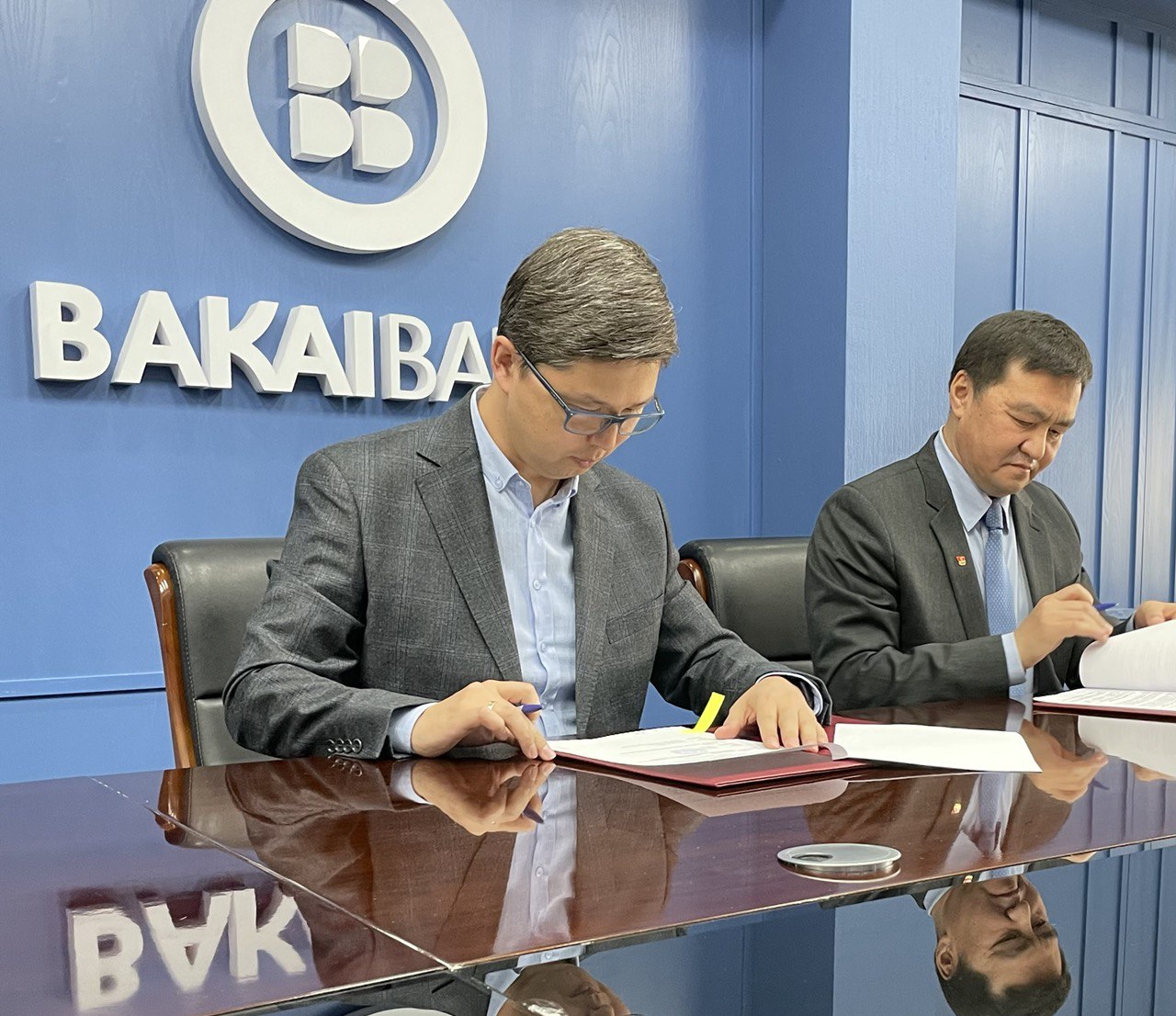 The ceremony of presenting awards for the year end results of 2021 by the MPC was recently held.
The Interbank Processing Center recognized Bakai Bank with two awards at once, thereby we became the only bank with a victory in two nominations at once: 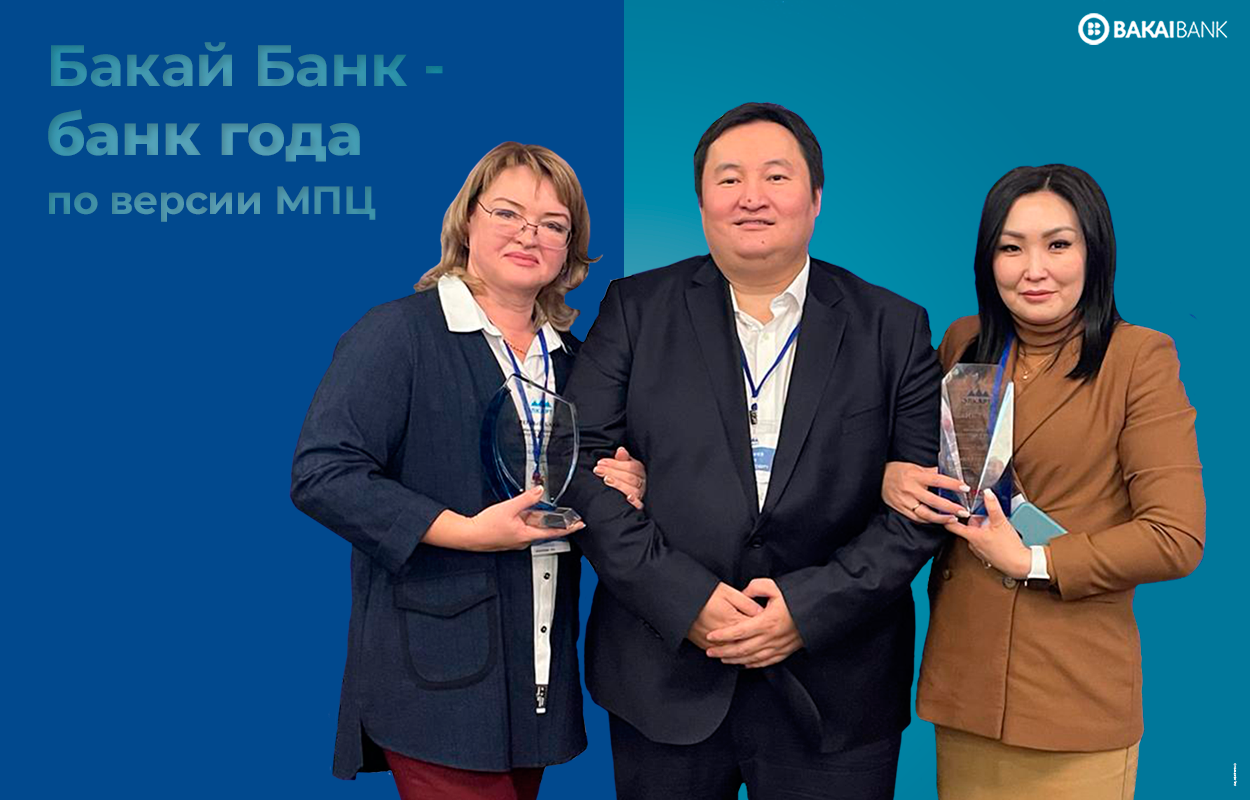 At the end of 2021, Bakai Bank sponsored the series "Akyrky Sabak" ("The Last Lesson"), directed by Ruslan Akun, by paying the labor costs of all the actors on the set. The series depicts the life of modern teenagers in the region. The series has gained several million views on the YouTube channel. 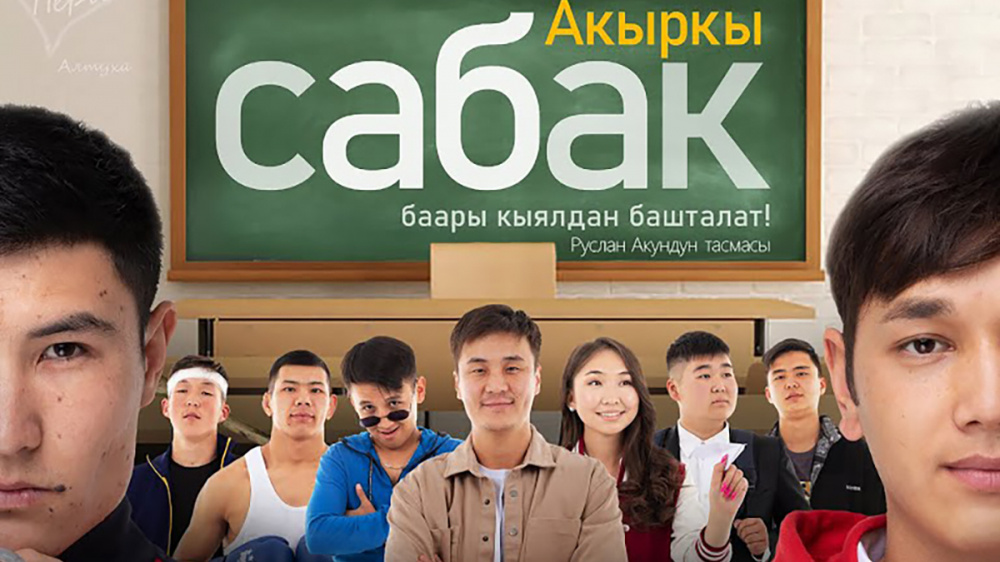 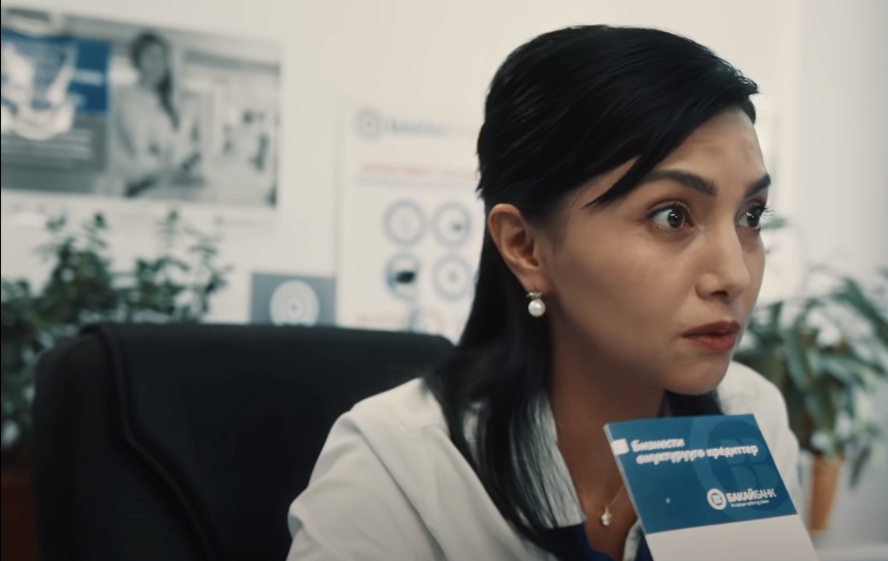 Bakai Bank advocates for healthy and athletic nation and to support sports amongst the population since 2019 it has been a proud title sponsor of the annual Bakai Bank Jaz Demi half marathon. More than 4 thousand people took part in the last half marathon. 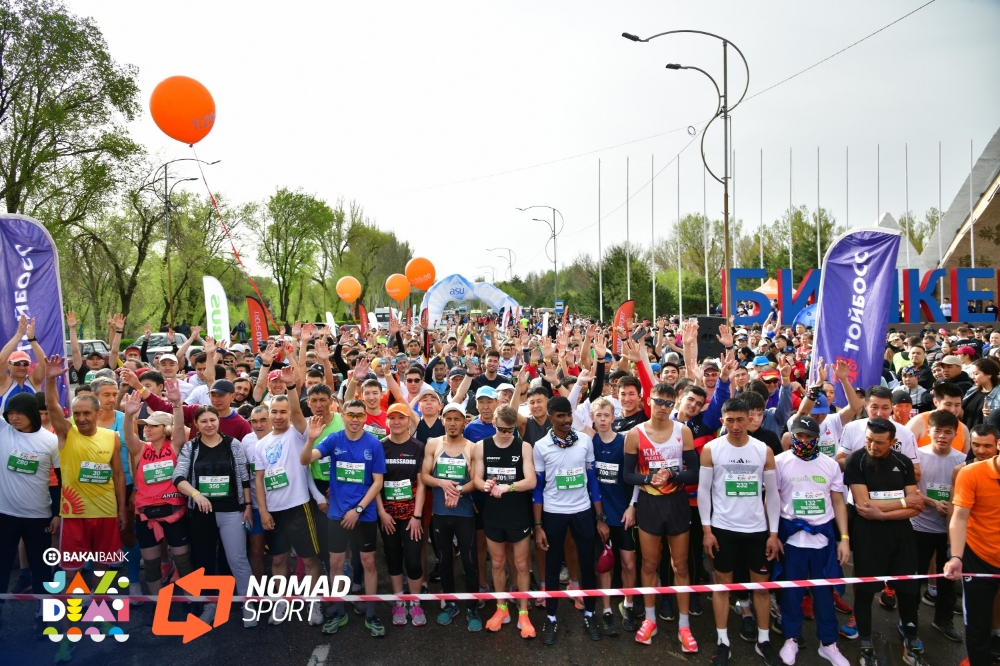 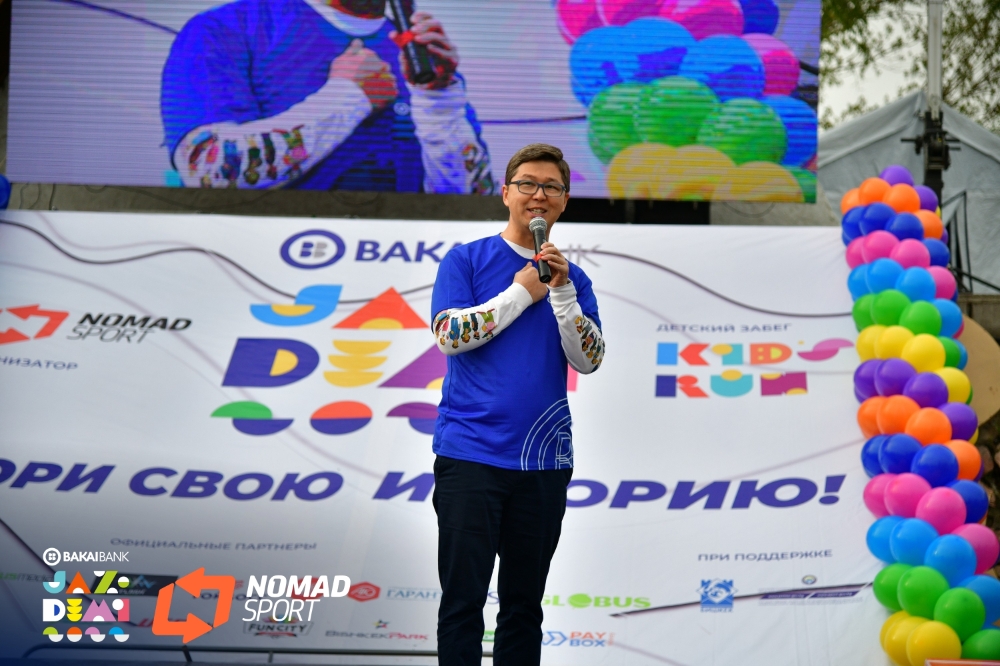 In 2022 the clients of Bakai Bank got an opportunity to transfer money directly from ELCARD cards to the cards of any bank-member of the Mir payment system (Russia). Without visiting the branch of the Bank, without additional details of the recipient, the sender is now able to independently transfer money by a card number.

Bakai Bank - with love to Bishkek

To create a favorable environment for the city dwellers, employees of Bakai Bank have been planting trees for several years in a row: - In 2018, honoring the 20th anniversary of the bank, a campaign was launched to green the city, - says Bakita Munduzbaeva, In 2021, in honor of the opening of the branch "Zhibek Jolu" the bank planted trees in two areas of the city, to help our city regain the status of the greenest.

According to the established tradition, in 2022 we planted trees in honor of the opening of the new branch "Main", located at Tynystanova 166. A total of 270 trees have been purchased and planted, among which are chestnut, maple, catalpa, birch, and even black walnut. In agreement with Zelenokhoz, after selecting free areas for landscaping, we decided on Adinai and Yntymak parks. They have a lot of open space and therefore are very hot during the day, which means that in a couple of years, the planted trees will begin to give shade to their visitors. 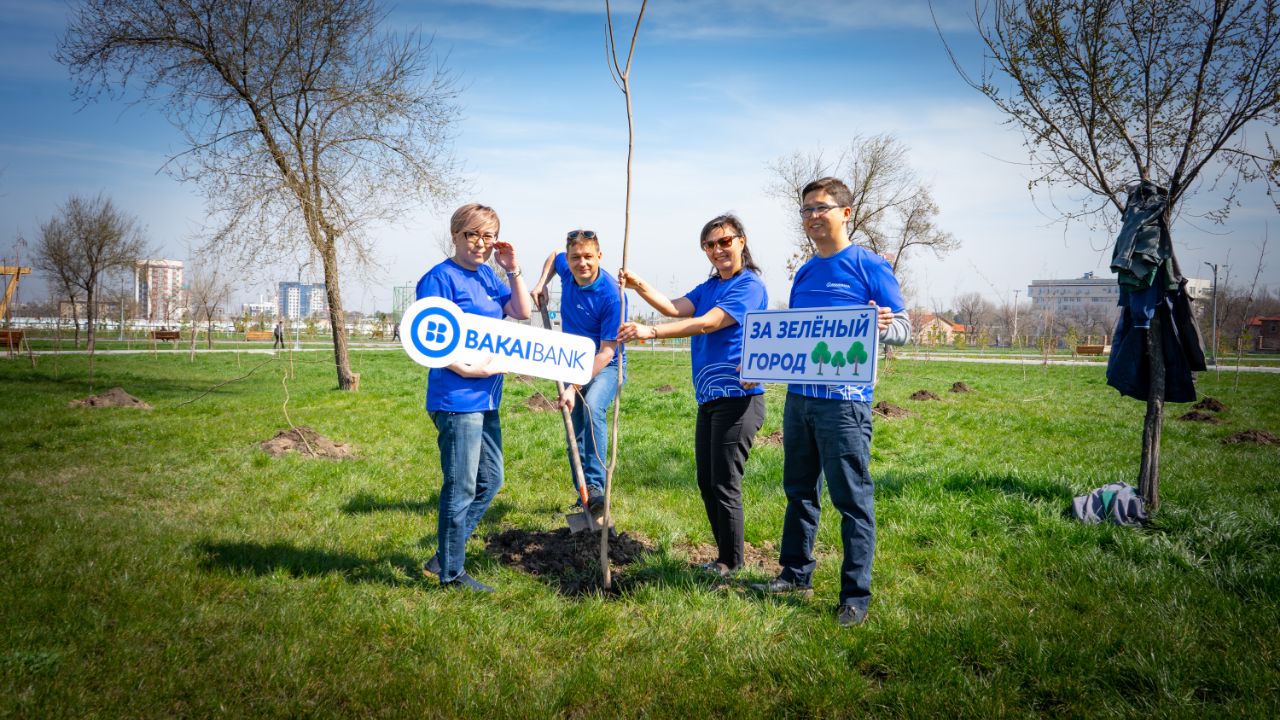 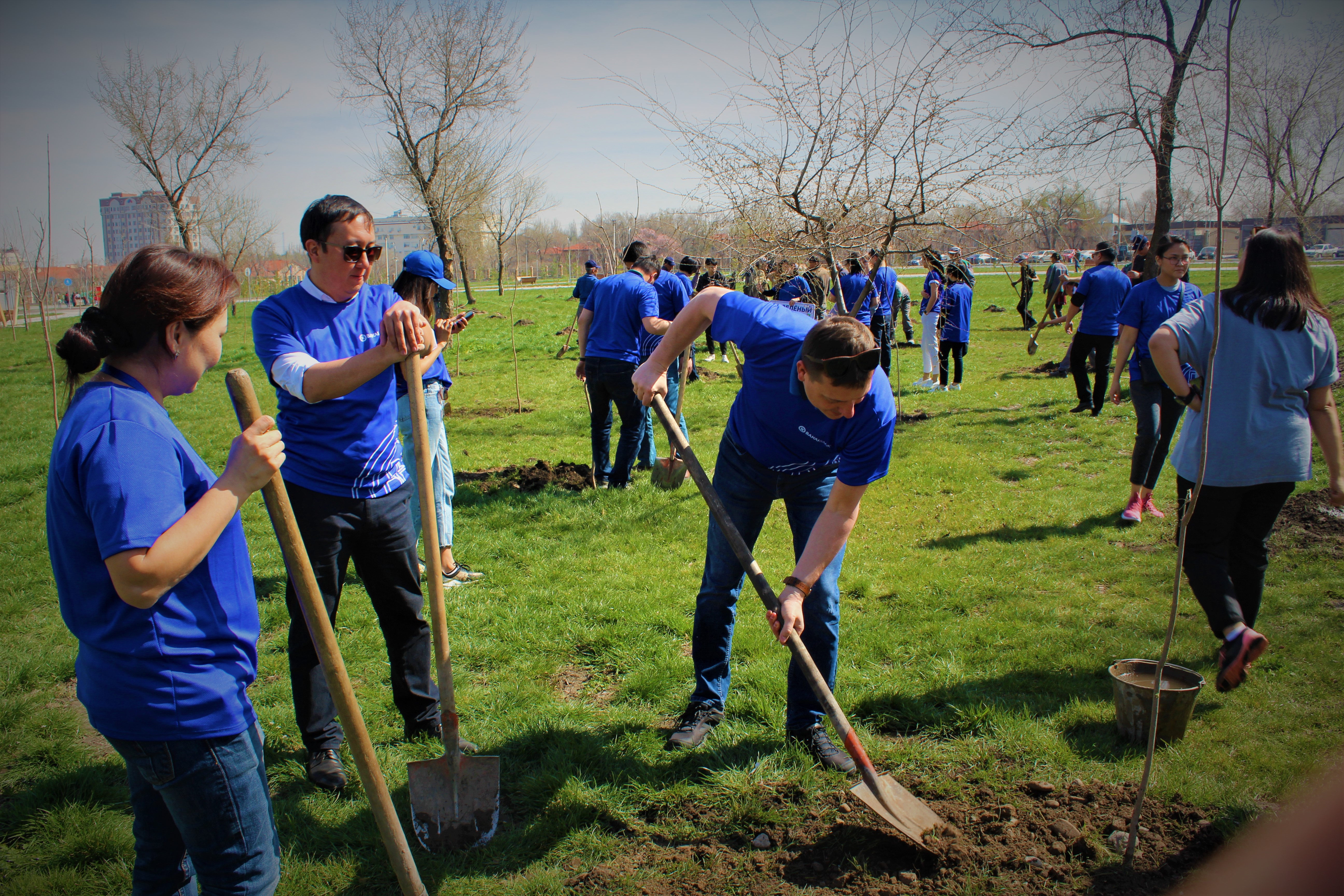 On August 22, 2022 there was an official presentation of special bank cards which 15 Kyrgyz athletes will receive special scholarships from the International Olympic Committee.

Among the scholarship holders is the famous trio of Olympic medalists in wrestling, as well as athletes, winners and prize-winners of numerous international competitions. Athletes will receive scholarships until the beginning of the Games - 2024 in Paris. This will be a great support and encouragement for preparing for the most important event for every athlete - the Olympics.

Sport unites. Sport inspires. Sport is an important and integral part of life of a healthy person and a healthy society. That is why Bakai Bank has become an official partner of the National Olympic Committee of the Kyrgyz Republic. 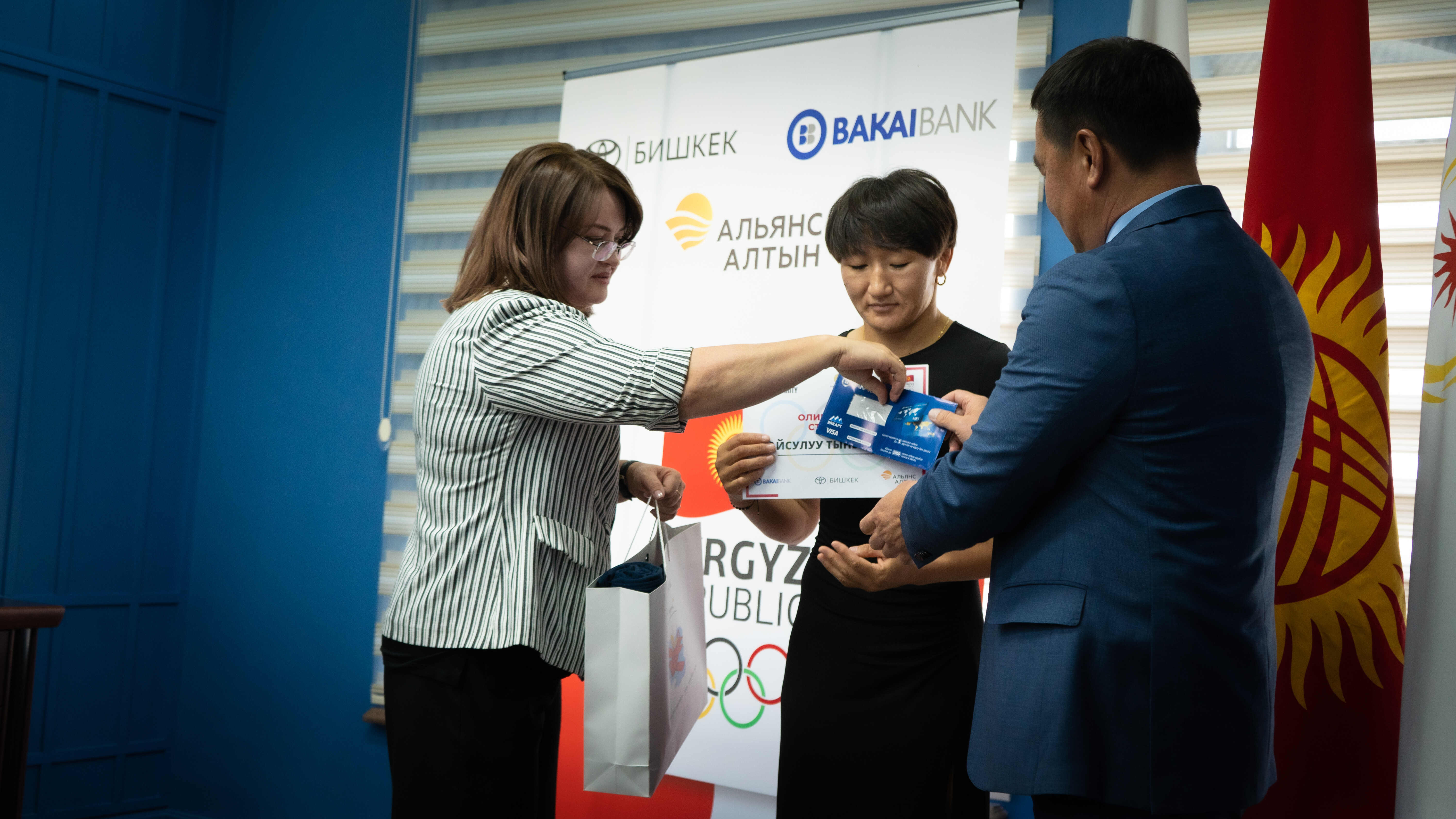 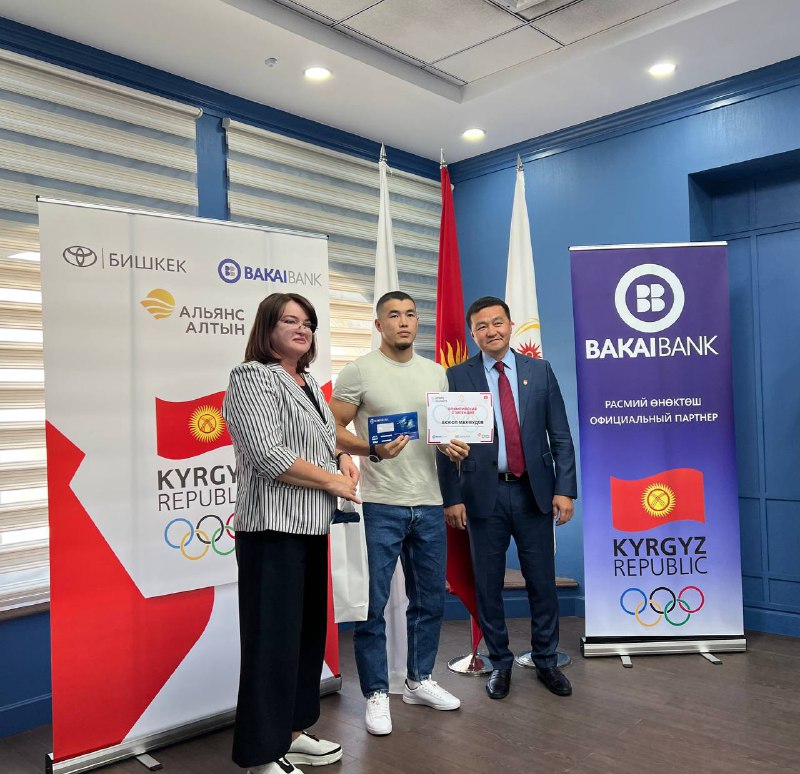 Bakai Bank especially honors its first depositors. Every year on the International Day of the Elderly, following ethical traditions and corporate social responsibility, "Bakai Bank" OJSC congratulates its depositors who have reached a respectable age. OJSC "Bakai Bank" considers it an honor to serve customers, especially those of advanced age, for their wisdom and increased responsibility. Meanwhile, "Bakai Bank" also pays special attention to the young generation. Thus, on a permanent basis, training sessions for schoolchildren to improve financial literacy have been held all over the country. 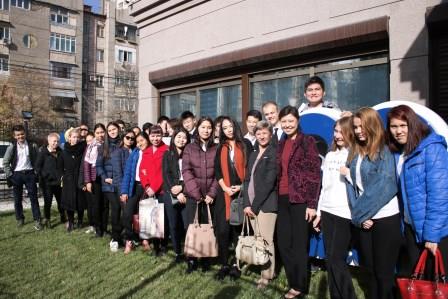 In addition, Bakai Bank carries out social activities in a number of areas. In 2018, the bank built two new bus stops in Talas. "Bakai Bank was the first commercial organization to respond to the Talas City Hall's request to contribute to the development of the city's infrastructure. 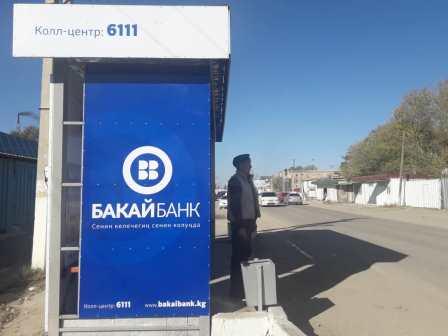 "Bakai Bank" adheres to the principles of corporate social responsibility and implements various projects on an ongoing basis. Thus, in the fall of 2018, employees of Bakai Bank planted trees in the Bishkek park "Molodezhny". This action was timed to the 20th anniversary of the company. A total of 20 sycamores, 20 maples, 10 lindens and 10 chestnuts were planted. 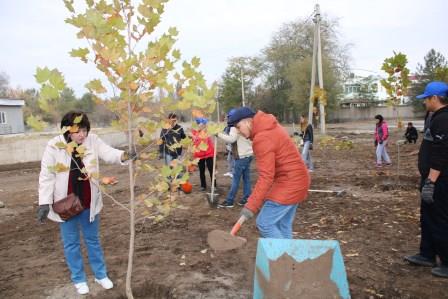 Customer focus and social responsibility for the society are the integral priorities of Bakai Bank which makes every effort to ensure that even more of the Kyrgyz citizens could use convenient and affordable financial services. This all became possible due to the conscientious attitude of employees to the basic principles of the company: openness, transparency and professionalism.

In order to improve the sanitary condition of the city, Bakai Bank, with the advisory support of the "Eco Demi" public fund, allocated funds to the municipal enterprise "Tazalyk" to install a hundred nets to collect plastic in Bishkek. 70 large and 30 small special containers will be installed in Bishkek, distributed by districts: 25 for each. 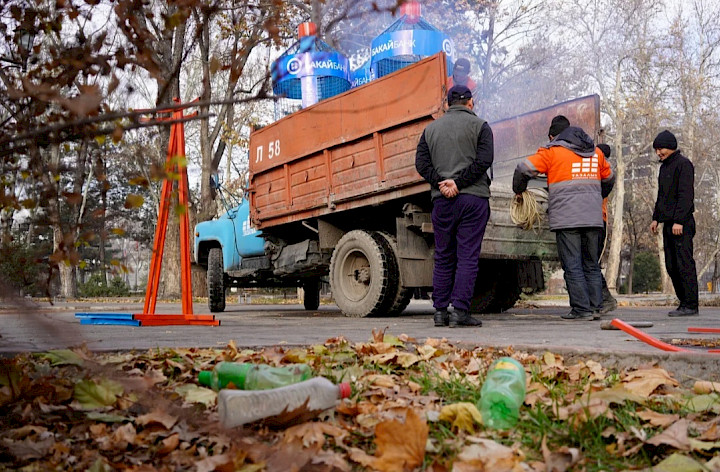 In the summer of 2020, during the raging COVID-19 epidemic, Bakai Bank transferred 1,000 soms to the accounts of the each of the Bishkek Emergency Medicine Center employees. To free up funds, the bank refused to place almost all outdoor advertising in Bishkek. 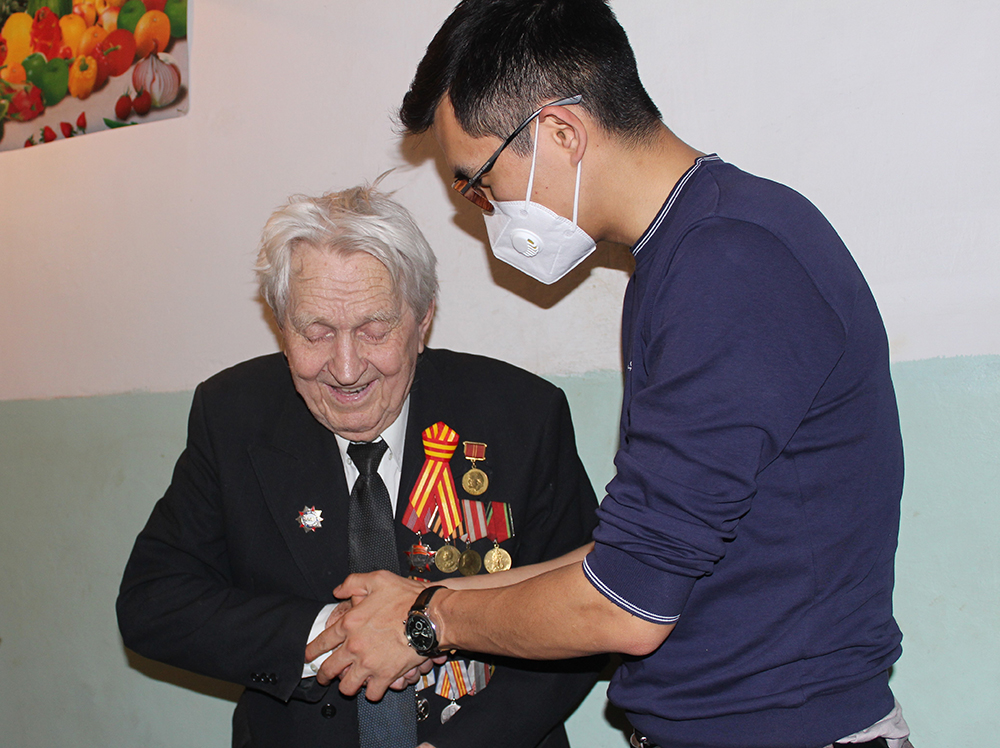 Bakai Bank congratulated 122 veterans on the eve of the Victory Day in the Great Patriotic War.

Bank employees visited and handed over food packages to war veterans, concentration camp prisoners and persons awarded with the medal "For the Defense of Leningrad", living all over Kyrgyzstan.

Bakai Bank also congratulated by telephone and credited the accounts of the bank's customers born before 1936.

For 22 years, the Bank has held events to commemorate May 9, congratulating participants and witnesses of the war. 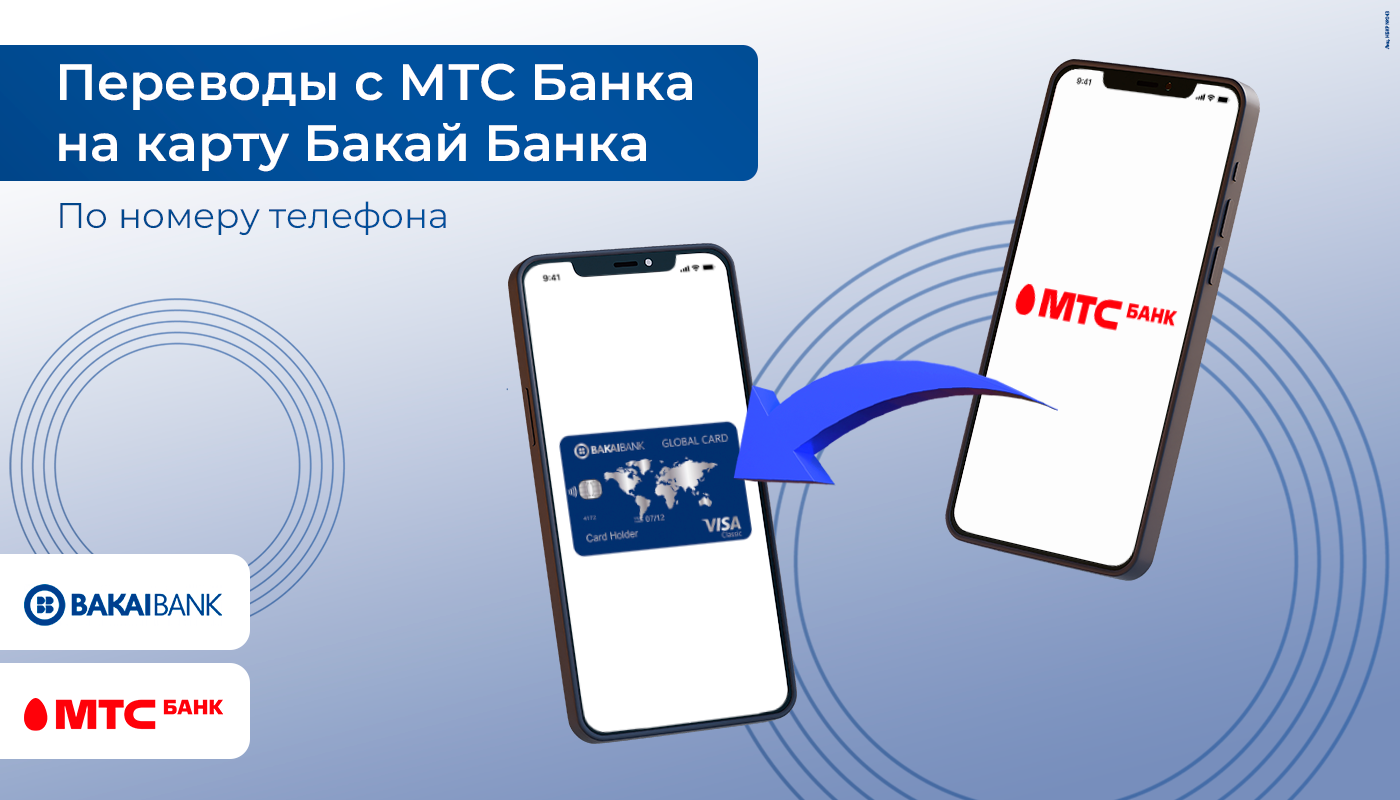 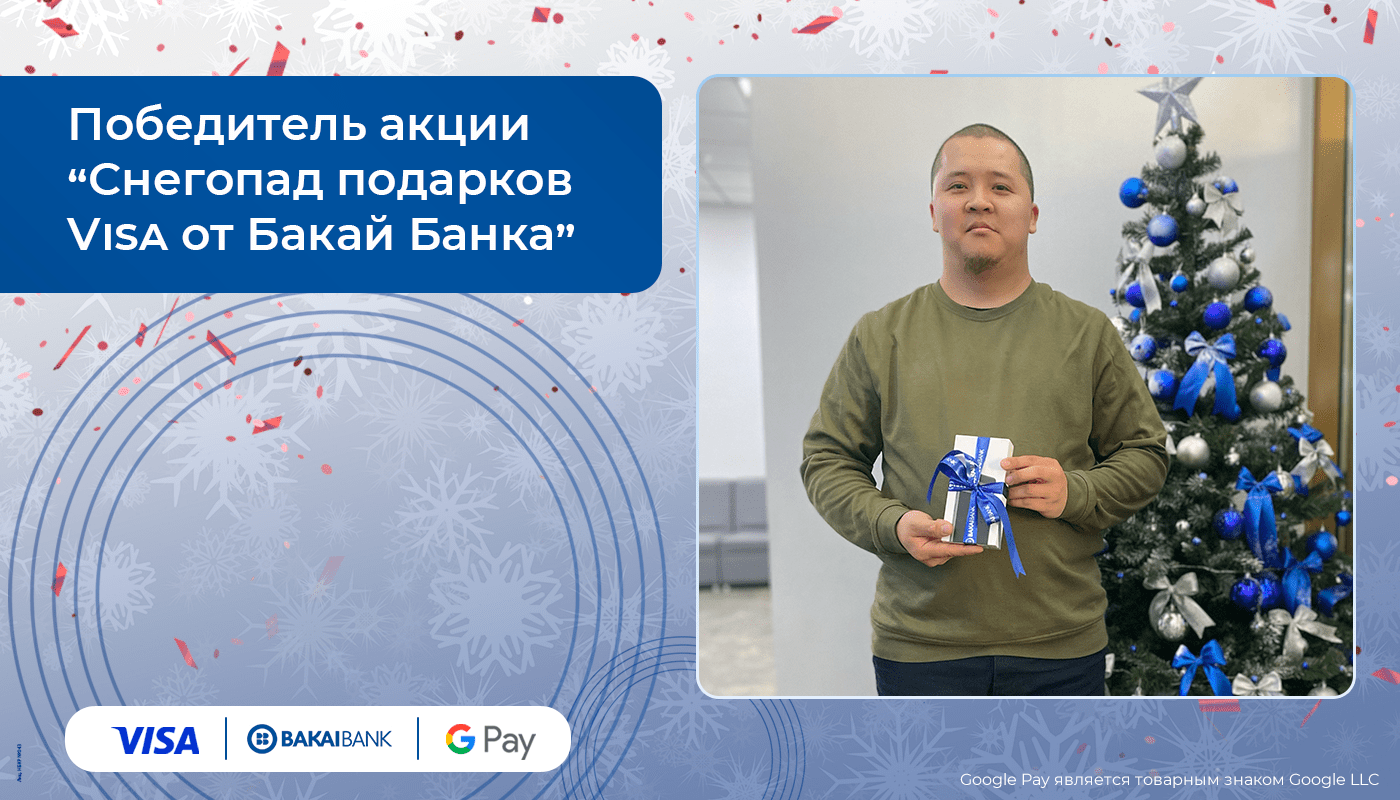 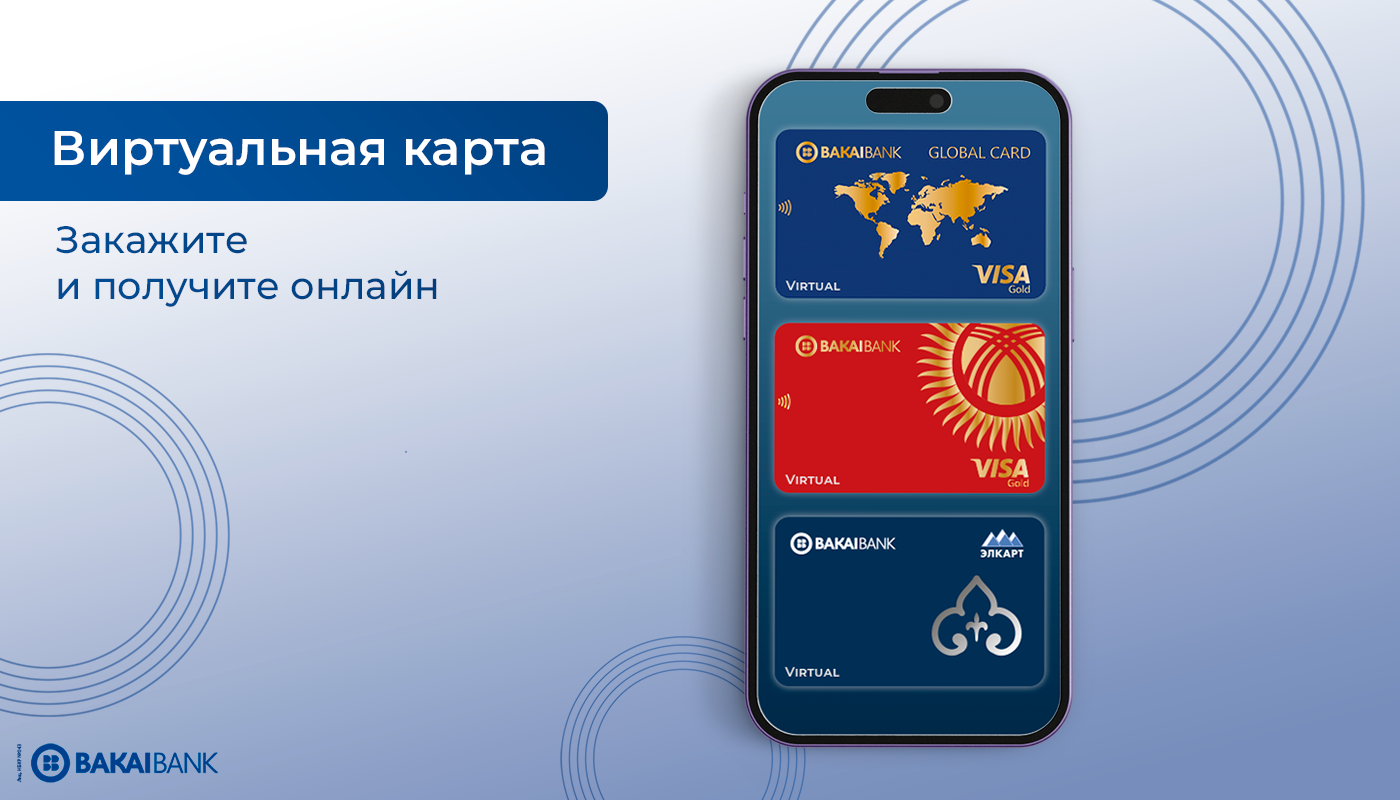